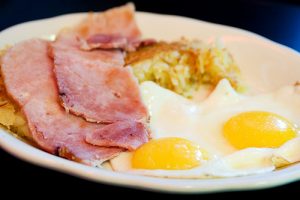 Many researchers have found that skipping breakfast or taking a very light breakfast is not good for health and causes an increase in the risk of heart attack. In fact, studies say, out of total calorie intake by the body, the largest share should be from breakfast, i.e. breakfast should be heavier than the other meals of the day.

Research also found out that those people who do breakfast daily have a good food choice as compared to the breakfast skippers. Those skipping breakfasts are more prone to consuming alcohol, smoke regularly and eat unhealthy foods in an undesirable amount.

High blood pressure, increase in cholesterol level and obesity are also caused due to missing breakfast on a regular basis.

What Is So Amazing In The 17 Day Diet?

Have you heard about the revolutionary 17 day diet that has created quite a stir for being effective, safe and quick in helping to lose weight? Created by Dr. Mike Moreno this program is actually geared towards changing the eating habits every 17 days to ensure that the body gets used to a change in […]

While the whole idea might sound absurd but researchers have coined a new phrase called ‘’Facebook depression ‘’ for a kind of depression that might be caused to certain teens by the excess usage of Facebook.

Have you ever heard of the link between low education and the risk of a cardiac arrest? Well, a research fellow of the Australian National University, Rosemary Korda, gives an insight into this disturbing but vivid finding. For establishing the link between risk of cardiovascular diseases, like cases of heart attack and stroke, and one’s […]