After months of anxieties and apprehensions ‘Agneepath’ got released on 26th January. And on its opening day it showed a remarkable box office collection. The film has made a potential business at the domestic box-office on the fourth day. The film starred heavy weight actors like Hrithik Roshan, Priyanka Chopra and Sanjay Dutt and it was produced by none other than Karan Johar who has given us so many blockbuster movies in the past. This time it has collected approximately Rs 69 crore in the first weekend. The film has been directed by debutant Karan Malhotra. 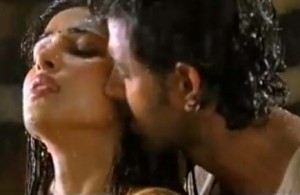 The film has made a grand opening record of 23 crores beating the first day collection of ‘Bodyguard’ and ‘Ra.One’.  The film earned Rs 23 crore on the opening day, however, it’s collection went down on Friday since it was a working day and could fetch only 12.75 crore. On Saturday, the collection again jumped to Rs 15.85 crore and on Sunday, it could earn a growth of approximately Rs 17.5 crore.

‘Agneepath’ shows the biggest collection for the first weekend in 2012.

Dharma Productions ‘Agneepath’ is an official remake of the olden day’s blockbuster. Hrithik Roshan played the character of Dinanath Chauhan which was earlier played by Amitabh Bachhan. So it was a great challenge itself for Hrithik. In an interview the actor said, “Yes, extremely nervous and empty. Playing Vijay Dinanath Chauhan somewhere depleted me I guess. I needed something to fill me up again before I started ” Krrish 2“. I was afraid that if I didn’t get that pat on the back, my next journey would become extremely tough and burdened. Anyways all that is history now, I’m all fuelled up and ready for the biggest challenge yet again.”  Bollywood queen Priyanka Chopra also did her job marvelous. Though this movie was very much male dominated, but Priyanka still manages to stun audiences by her outstanding presence.   Audience also liked Sanjay Dutt’s negative role as Kancha.

The 58th Filmfare Awards South ceremony honoring the winners and nominees of the best of South Indian cinema in 2009 was held on July 2, 2011 in Hyderabad, India. The prestigious awards which are in honor of the talent in Telugu, Tamil, Malayalam and Kannada movies were given away at the awards ceremony took place at the Hyderabad […]

Good News For Bollywood Fans As Shah Rukh, Aamir And Saif Come Together For A Song

Bollywood comes up with a huge blast with the much awaited film Bombay Talkies. The film which has been the talk of the town for quite a long time has now come up with a special unique feat.

When Yana Gupta went to that charity party on that evening, little did she realized that her Yana Gupta panty less pictures will be searched like hot cake over the Internet for the next few days. Actually Yana Gupta forgot to wear her panty in that occasion and while coming out of her car,