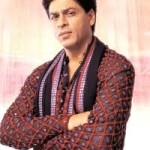 Shah Rukh Khan, the king of Bollywood, the heart throb of India, the actor who is ruling Indian cinemas for more than a decade, needs no formal introduction. The king of Bollywood is also the owner of KKR, a cricket club playing in the IPL.  Recently the Enforcement Directorate (ED) has summoned King Khan for the second time due to the ongoing investigations into the irregularities in IPL.

ED had summoned Khan previously on May and he appeared also, but now neither he nor any of his officials from KKR could be reached for comment. Khan is currently busy for the shooting of Dilwale.

Currently ED is investigating KKR’s two separate sales of shares in 2009 and in 2010 to a Mauritius based company, Sea Island Investment LTD.

According to the ED these shares were alleged to be undervalued and the allegations are based on a report submitted by Choskhi and Choskhi LLD, a chartered accountancy firm.

This chartered accountancy firm was appointed to audit the value of the equality shares of various IPL teams and franchises, so that they arrive at a correct valuation for sales and shares.

Justin Bieber has indulged in to another trouble and is expected to be in the news for quite some time. The 20 year old ace Canadian pop star had posted a couple of his pictures to his Instagram page that appeared to show his visit to the Yasukuni Shrine in Tokyo. Though the pictures have […]

Film Agneepath To Show The Trailer Of Five Movies

The movie Agneepath is in the news not just for its remake but also for showing trailers of forthcoming movies like Ek Main Aur Ekk Tu with Imran Khan and Kareena Kapoor as the leading couple,  Talaash with Aamir Khan, Agent Vinod and Tezz being promoted by Saif Ali Khan and Venus.